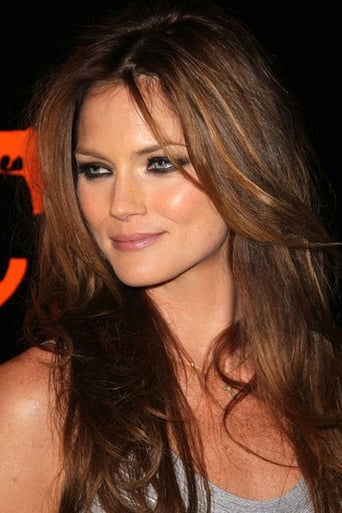 From Wikipedia, the free encyclopedia. Susanna "Mini" Andén (born 7 June 1978) is a Swedish model, actress, occasional host, and producer. She was born in Stockholm and began modeling at the age of ten, joining Elite Model Management when she was fifteen. She has been on the cover of many fashion magazines including Vogue, Marie Claire, Cosmopolitan and ELLE. She's been in fashion campaigns for the likes of Calvin Klein, Donna Karan, BCBG, Louis Vuitton, Hugo Boss and Gucci. Anden has also been in the Victoria's Secret catalog many times. She is currently seen as the face for Giorgio Armani's new perfume Armani Code for women edP. When videogame company Eidos Interactive were looking for a new live version of Lara Croft for the upcoming game Tomb Raider: Legend she auditioned for the role but the role was given to model Karima Adebibe. She was a judge in the Miss Universe beauty pageant in 2001. She was the host of the Swedish section of Scandinavia's Next Top Model which premiered February 16, 2005. Anden has appeared in a handful of films and even produced 2003's Buffoon. She appeared in MyNetworkTV's Fashion House in which she plays a self-destructive model named Tania Ford. She married model Taber Schroeder in 2001, and they live together in Los Angeles. Description above from the Wikipedia article Mini Andén, licensed under CC-BY-SA, full list of contributors on Wikipedia.