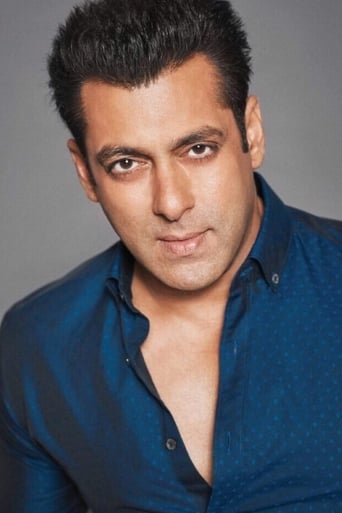 From Wikipedia, the free encyclopedia. Salman Khan ( born Abdul Rashid Salim Salman Khan on 27 December 1965)  is an Indian film actor. He has starred in more than eighty Hindi films. Khan, who made his acting debut with a minor role in the drama Biwi Ho To Aisi (1988), had his first commercial success with the blockbuster Maine Pyar Kiya (1989), for which he won a Filmfare Award for Best Male Debut. He went on to star in some of Hindi cinema's most successful films of those times, such as Saajan (1991), Hum Aapke Hain Kaun (1994), Karan Arjun (1995), Judwaa (1997), Pyar Kiya To Darna Kya (1998) and Biwi No.1 (1999), having appeared in the highest earning films of seven separate years during his career. He is the only Indian actor to have 4 all-time blockbusters in his filmography, more than any other Indian actor in history, which was confirmed by a list of all-time blockbusters published by Box Office India. In 1999, Khan won a Filmfare Award for Best Supporting Actor for his extended appearance in Kuch Kuch Hota Hai (1998), and since then has starred in several critical and commercial successes, including Hum Dil De Chuke Sanam (1999), Tere Naam (2003), Mujhse Shaadi Karogi (2004), No Entry (2005), Partner (2007), Wanted (2009) and Dabangg (2010), which has become the second highest-grossing Bollywood film of all-time. Khan has thus established himself as one of the most prominent, leading, and successful actors of Hindi cinema. Description above from the Wikipedia article Salman Khan, licensed under CC-BY-SA,full list of contributors on Wikipedia.