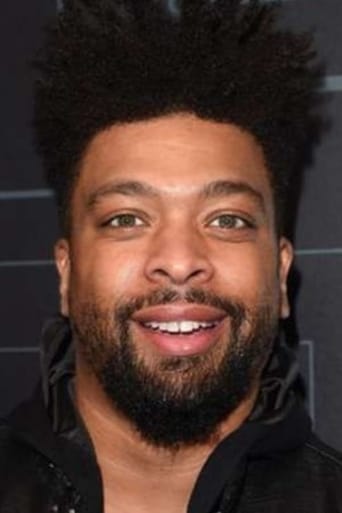 ​From Wikipedia, the free encyclopedia.   DeRay Davis (born Antwan DeRay Davis) is an American stand-up comedian and actor. DeRay began his career in the comedy clubs. Shortly after moving to Los Angeles, He won the Comedy Central Laugh Riots Competition and was a standout on the Cedric the Entertainer Tour.[1] Best known for his role as Ray-Ray the Hustle Guy in Barbershop and Barbershop 2: Back in Business, Davis has also appeared in other films, including Semi-Pro (2008). Davis' television roles and appearances have included programs such as BET's ComicView, MTV's Nick Cannon's Wild 'N Out and 'Short Circuitz, and HBO's Entourage. The comedian also sounds on several skits on rapper Kanye West's albums The College Dropout and Late Registration, and also appeared in West's music video for "Through the Wire." Other music video appearances for Davis include Lil' Flip's "Game Over", Chris Brown's "Yo (Excuse Me Miss)," and Three 6 Mafia's "Doe Boy Fresh." Description above from the Wikipedia article DeRay Davis  licensed under CC-BY-SA, full list of contributors on Wikipedia.