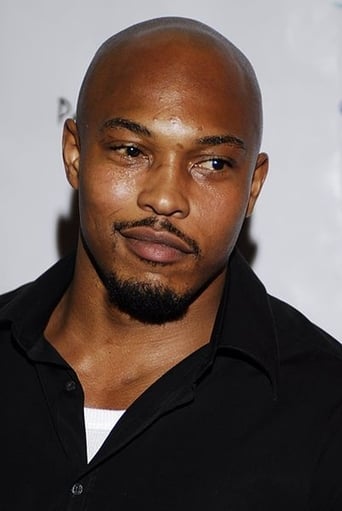 From Wikipedia, the free encyclopedia Kirk Jones (born November 3, 1973) also referred to as Sticky Fingaz or Sticky, is an American rapper, actor, and a member of the hip-hop group Onyx. As an actor, he is perhaps best known for his television roles as Private Maurice "Smoke" Williams on the 2005 FX drama Over There, his recurring role as rapper Kern Little on The Shield, and as the title character in the 2006 Spike action-horror-drama Blade: The Series. Jones is an atheist, and in the liner notes of his CD Black Trash: The Autobiography of Kirk Jones states; "And don't think I'm on some old religion sh*t, cause I don't follow religion because it's an illusion(made up not real), Just like everything else in this world; from politics to culture to law to the concept of time. Everything is something made up that people continue to follow as if it's real." Description above from the Wikipedia article Sticky Fingaz, licensed under CC-BY-SA, full list of contributors on Wikipedia.