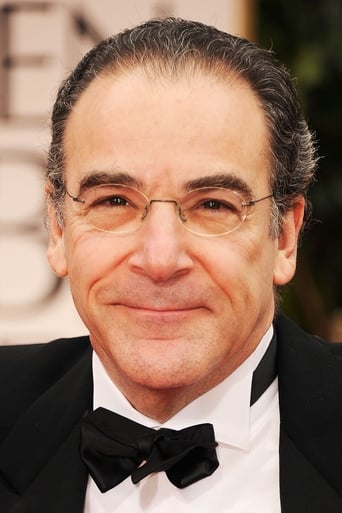 From Wikipedia, the free encyclopedia. Mandel Bruce "Mandy" Patinkin (November 30, 1952, Chicago, Illinois) is an American actor of stage and screen and a tenor vocalist. Patinkin is a noted interpreter of the music of Stephen Sondheim and is known for his work in musical theatre, originating iconic roles such as Georges Seurat in Sunday in the Park with George, Archibald Craven in The Secret Garden and Burrs in The Wild Party. He has also appeared in television series such as Chicago Hope, Dead Like Me and the first two seasons of Criminal Minds. His most noted film role was as Inigo Montoya in The Princess Bride. Other noteworthy film roles include Alien Nation, Yentl, Men With Guns, Run Ronnie Run, Dick Tracy, and The Adventures of Elmo in Grouchland. Description above from the Wikipedia article Mandy Patinkin, licensed under CC-BY-SA, full list of contributors on Wikipedia​