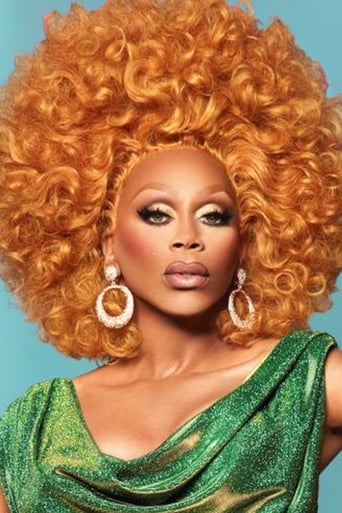 Rupaul, born Andre Charles on November 17 1960, grew up in San Diego, California and learned fashion tips from his mother and three sisters. After some time living in Atlanta doing odd jobs such as a used-car salesman, RuPaul moved to New York by the early '90s. He had begun performing in local Manhattan clubs and became a popular attraction through his various flamboyant acts on stage. After battling drug addiction and living in poverty, Rupaul was given a record contract by the famous duo Randy Barbato and Fenton Bailey, with the hip-hop label Tommy Boy Records. His debut album, "Supermodel of the World", was released in 1993, but it failed on the Billboard Charts until the following year, when the success of the single "Supermodel (You Better Work)" a tribute to the divas of the fashion world placed in the top 30 on the Pop Charts. The music video for "Supermodel" was nominated for Best Dance Video at the 1994 MTV video music awards. In 1992 he met Mathu his make-up artist and Zaldy his costume designer, the two studied every inch of his body and went on to create some of Rupaul's most famous costumes and build what he calls the "Glamazon Look". In 1994 Rupaul recorded a duet with Elton John, "Don't Go Breaking My Heart," which charted on the American charts but proved more successful in Europe, where the two co-hosted England's Brit Awards and RuPaul taped a popular Christmas special. In 1995, Rupaul launched his autobiography entitled "Lettin It All Hang Out" which has since been out of print and has sold 450,739 copies on Amazon.com alone. He also appeared in two films, The Brady Bunch Movie (1995), and Spike Lee's Crooklyn (1995). The media exposure gained Rupaul his own show for VH1. The RuPaul Show, which featured Rupaul in various comedic sketches and performing all kinds of stunts ended in 1998. That same year he became a spokesperson for M.A.C. Cosmetics, billing him as "The First Face of M.A.C." Over the course of six years, he launched store openings in ten countries and helped raise over $22 million for the M.A.C AIDS fund. A Christmas album titled "Ho, Ho, Ho," was released in 1997. After moving to Rhino Records for his third album Foxy Lady, RuPaul had two popular singles "Snapshot" and the moving self-inspired "A Little Bit Of Love".