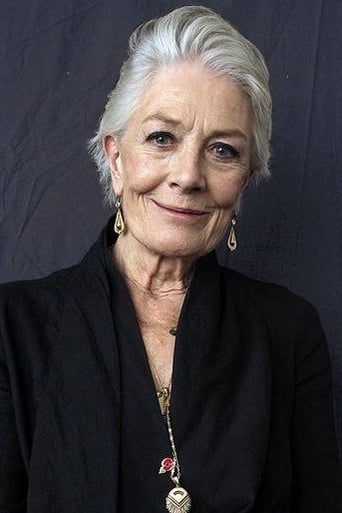 Vanessa Redgrave, CBE (born 30 January 1937) is an English actress of stage, screen and television, as well as a political activist. She rose to prominence in 1961 playing Rosalind in As You Like It with the Royal Shakespeare Company and has since made more than 35 appearances on London's West End and Broadway, winning both the Tony and Olivier Awards. On screen, she has starred in more than 80 films; including Mary, Queen of Scots, Isadora, Julia, The Bostonians, Mission: Impossible and Atonement. Redgrave was proclaimed by Arthur Miller and Tennessee Williams as "the greatest living actress of our times," and she remains the only British actress ever to win the Oscar, Emmy, Tony, Cannes, Golden Globe, and the Screen Actors Guild awards. She was also the recipient of the 2010 BAFTA Fellowship "in recognition of an outstanding and exceptional contribution to film." A member of the Redgrave family of actors, she is the daughter of Sir Michael Redgrave, sister of the late Lynn Redgrave and the late Corin Redgrave, and the mother of Hollywood actresses Joely Richardson and the late Natasha Richardson, and the aunt of British actress Jemma Redgrave. Description above from the Wikipedia article Vanessa Redgrave, licensed under CC-BY-SA, full list of contributors on Wikipedia.