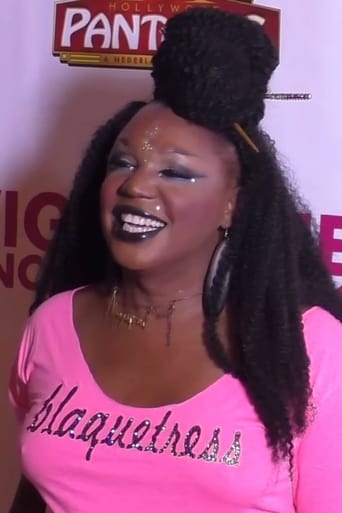 Originally from San Diego, California, Jazzmun made his/her first national television appearance on the 1980s talent variety show Puttin' on the Hits (1984), in which he split his body half in male drag and half in female drag, lip-synching as a "duet". Finding work immediately after that appearance for his theatrical and modeling talents, he moved to Los Angeles and secured an agent. Since then Jazzmun has performed all over the world performing as either his stage character "Jazzmun", his trademark "Whitney Houston" of which he performed as in the female stage review Le Cage, "Grace Jones" or any number of other characters. Drag icon RuPaul even hired Jazzmun to perform in his music video "A Little Bit Of Love", which spoofed drag queens as aliens out to conquer the world. Jazzmun has proven to be a consummate performer and, when not appearing on television or stage, can be seen in a variety of Los Angeles nightclubs promoting his talents in a variety of ways.