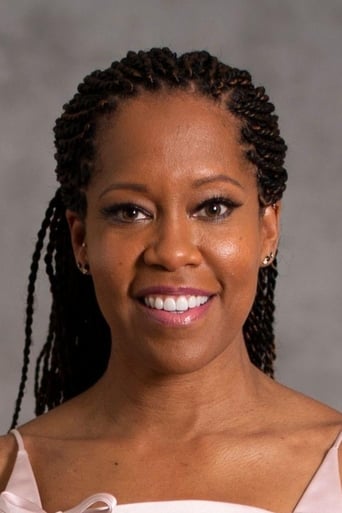 Regina King was born on January 15, 1971 in Los Angeles, California. She is best known for her role as Mary Jenkins's (played by Marla Gibbs) studious daughter, Brenda Jenkins, on the popular 1980s sitcom, 227 and for her critically-acclaimed supporting role in the feature film Jerry Maguire. King began her acting career in 1985 in the role on the television series 227, a role she played until 1990. She went on to appear in the John Singleton films Boyz n the Hood (1991), Poetic Justice (1993) and Higher Learning (1995).  Also in 1995, she was featured in the hit comedy Friday. In 1996, she gained fame starring in the blockbuster romantic comedy Jerry Maguire, with Tom Cruise and Cuba Gooding, Jr. This film brought King mainstream recognition in her role as Marcee Tidwell, the wife of Cuba Gooding Jr.’s character. Soon thereafter she played Will Smith's wife in the spy thriller Enemy of the State (1998), and was also featured in How Stella Got Her Groove Back (1998) and Disney's remake Mighty Joe Young (1998). She continued playing feature roles in a variety of films, including Down to Earth (2001), with Chris Rock, Daddy Day Care (2003) with Eddie Murphy, Legally Blonde 2: Red, White & Blonde (2003) with Reese Witherspoon and Sally Field, and A Cinderella Story (2004), with Hilary Duff. In 2004, King played Margie Hendricks, a singer in Ray Charles’ backup group The Raelettes and one of the musical legend’s mistresses, in Ray, and in 2005, she co-starred in Miss Congeniality 2: Armed and Fabulous as Sandra Bullock's tough FBI agent partner. Additionally, she is the star of the Adult Swim show The Boondocks, providing the voices for the characters Huey and Riley Freeman, as well as the feature film The Ant Bully (2006). Most recently, she appeared in season 6 of the hit show 24 and the film This Christmas (2007). She also she appeared in the TV film Living Proof (2008). Her latest film is 2010’s Our family Wedding where she stars alongside Forest Whitaker. Aside from portraying Detective Lydian Adams on the TNT police drama Southland, she is currently working on various film projects.