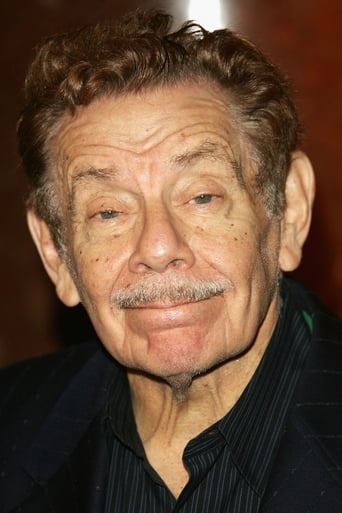 From Wikipedia, the free encyclopedia. Gerald Isaac "Jerry" Stiller (born June 8, 1927) is an American comedian and actor. He spent many years in the comedy team Stiller and Meara with his wife Anne Meara. Stiller and Meara are the parents of actor Ben Stiller (with whom he co-starred in the movies Zoolander, Heavyweights, Hot Pursuit and The Heartbreak Kid), and actress Amy Stiller. He is best known for his recurring role as Frank Costanza on the television series Seinfeld and his supporting role as Arthur Spooner on the television series The King of Queens. Description above from the Wikipedia article Jerry Stiller, licensed under CC-BY-SA, full list of contributors on Wikipedia.