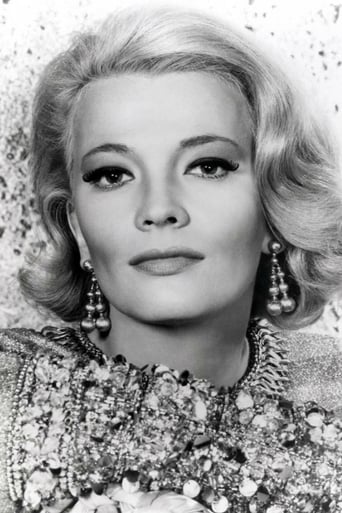 From Wikipedia, the free encyclopedia Gena Rowlands (born June 19, 1930) is an American actress of film, stage and television. The 3 time Emmy and 2 time Golden Globe winner is best known for her collaborations with her actor-director husband John Cassavetes in ten films, in two of which, Gloria and A Woman Under the Influence, she gave Academy Award-nominated performances. Description above from the Wikipedia article Gena Rowlands, licensed under CC-BY-SA, full list of contributors on Wikipedia.