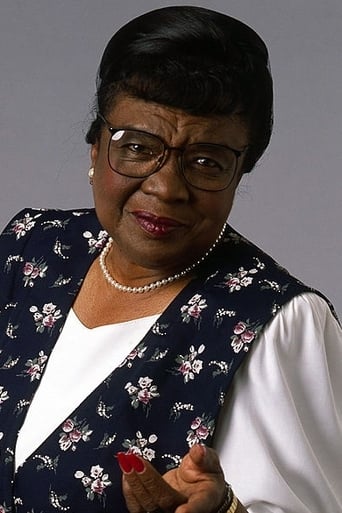 From Wikipedia, the free encyclopedia. Rosetta LeNoire (August 8, 1911 - March 17, 2002) was an American stage, screen, and television actress, as well as a Broadway producer and casting agent. As a young girl LeNoire suffered from rickets, which her godfather, Bill "Bojangles" Robinson, helped her overcome by teaching her to dance. LeNoire made her acting debut in a 1939 production of The Hot Mikado, starring Robinson, in which she played "Little Maid From School" Peep-Bo. She also appeared onstage, mostly as a singer and dancer, in I Had a Ball, Bassa Moona, Marching with Jimmy, Janie, Decision, Three's a Family, Destry Rides Again, and the Off Broadway Double Entry (two one-act musicals showcasing Lenoire: "The Bible Salesman," with a pre-SNL Garrett Morris, and "The Oldest Trick in the World" with Jane Connell). LeNoire is best known to contemporary audiences for her work in television. She had regular roles on the series Gimme a Break! and Amen, and is best known for her role as Estelle Winslow on Family Matters. In 1999, she was awarded the National Medal of Arts. Description above from the Wikipedia article Rosetta LeNoire, licensed under CC-BY-SA, full list of contributors on Wikipedia.